One for the World (OFTW) is a movement of people changing charitable giving to end extreme poverty.

Roughly 10% of the world's population live in extreme poverty, on less than $1.90 (USD) per day. However, with more than 1.5 million non-profits in the U.S. alone, it can be difficult to identify which organizations create the most impact for those in need. OFTW is here to change that.

One for the World is part of a broader 'effective giving' movement focused on accomplishing as much good as possible per dollar donated. We take the guesswork out of philanthropy by recommending charities that have demonstrable outstanding ROI.  Our charity recommendations are based on robust research on effectiveness; we leverage research from the best charity evaluator in the world (GiveWell) and aim to make their work as understandable and appealing as possible.

We recommend individuals allocate a fixed portion of their income toward effective giving, similar to budgeting for any other major goal or purchase. One for the World pledgers commit to giving at least 1% of their income to our recommended charities for life. 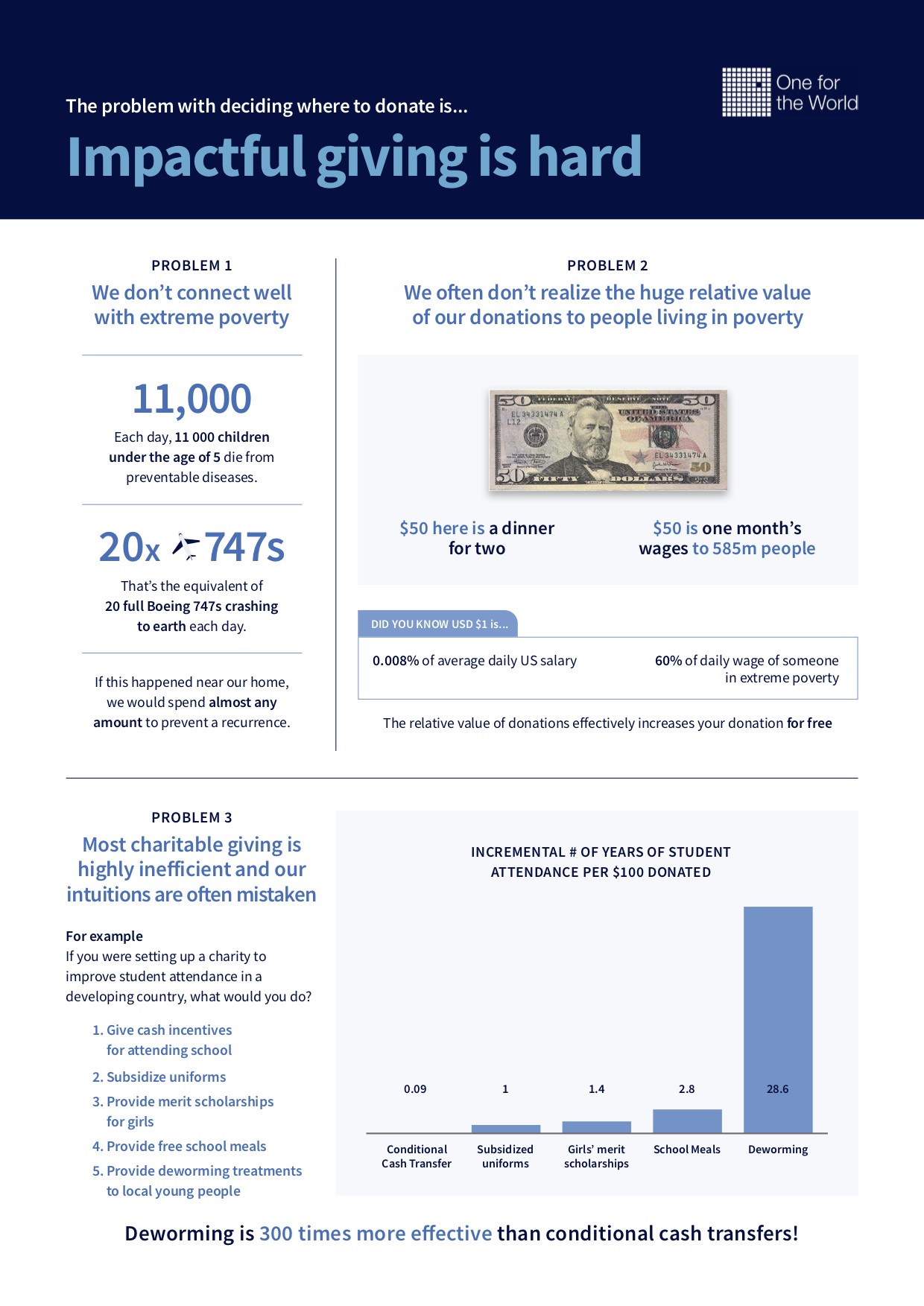 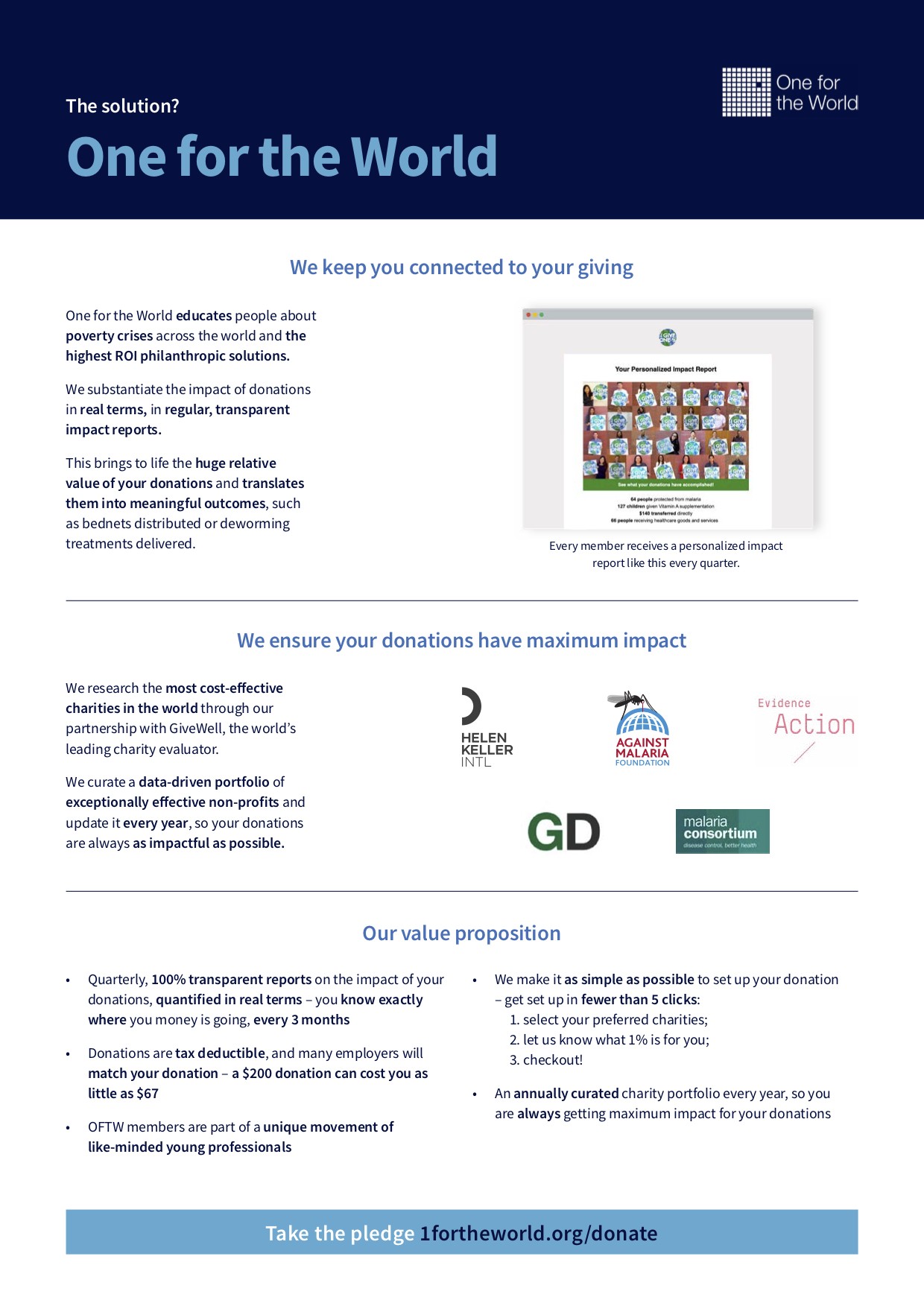