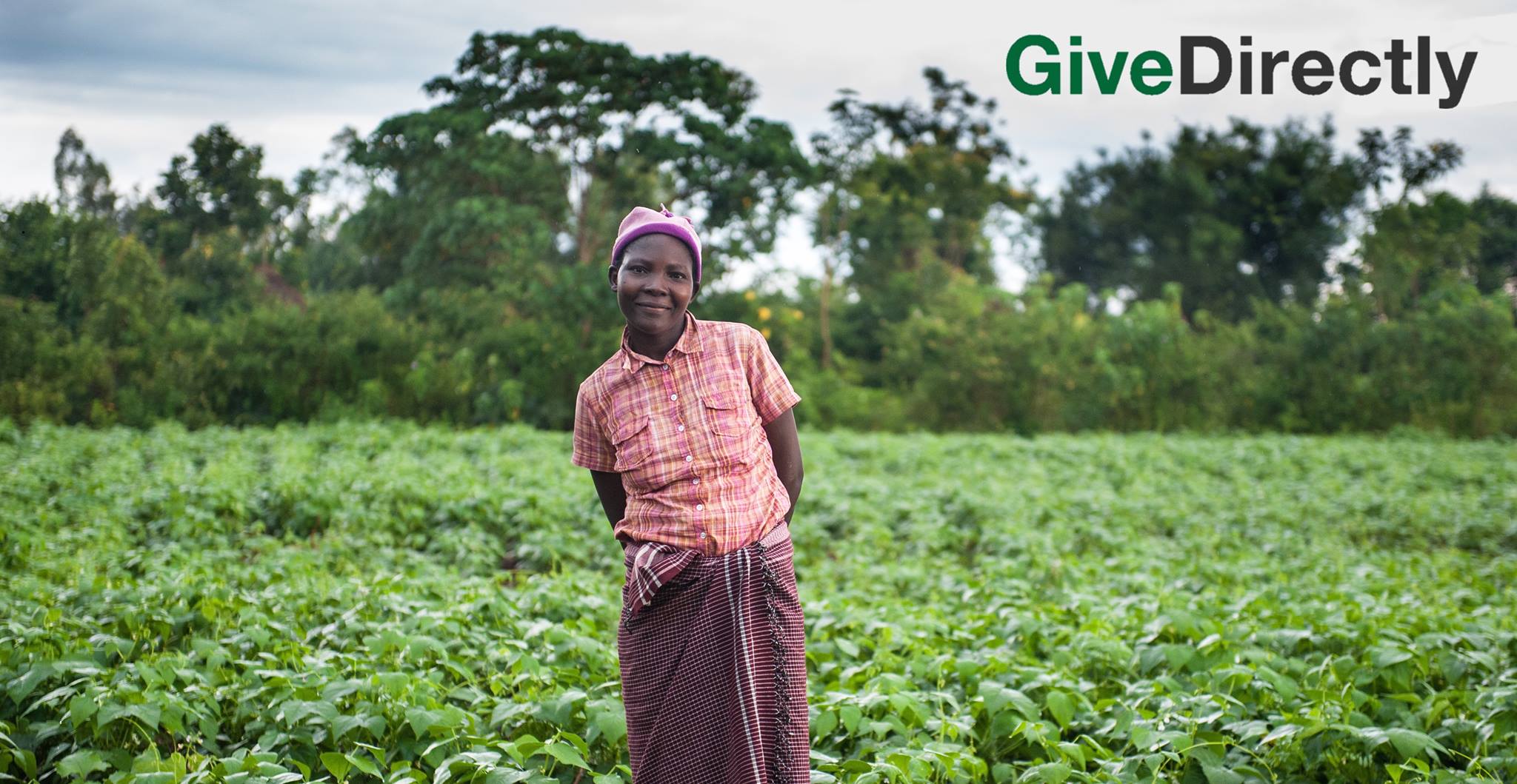 GiveDirectly uses mobile-phone technology to provide unconditional cash transfers to some of the poorest households in Kenya, Uganda, and Rwanda and launched a scientific trial of universal basic income in Uganda in July 2017. GiveDirectly was founded in 2008 by a group of Harvard and MIT development economists looking for the most effective way to reduce global poverty.

● Families living in extreme poverty face tremendous difficulty in providing for nutrition, clothing, health, education, and more, and direct cash transfers can help these families to escape the cycle of poverty

● Other methods of charitable giving can be complex and inefficient, and GiveDirectly helps to bridge the gap of directly helping the poor through donations

What they do (program details)

● GiveDirectly has directly delivered 82% of received donations to families in Kenya, Uganda and Rwanda, distributing a total of $88m through July 2017.

● In Kenya, Rwanda and parts of Uganda, GiveDirectly identifies poor regions through national survey data, and then sends field staff door-to-door to identify and enroll eligible recipients based on several criteria (including housing, assets, and vulnerability, such as homelessness)

● The cash transfers are unconditional and recipients can choose to do whatever they wish with the money. GiveDirectly and others have conducted tests on the impact this type of transfer creates and these indicate that there is no measurable impact on inflation or spending on alcohol and tobacco products.

Evidence of impact of intervention

● Cash transfers are very cost effective and have amongst the strongest track records of non-health interventions.

Evidence of impact of charity

● Impact per $1000, (documented by a randomized controlled trial (RCT)) ○ $270 increase in savings, $430 increase in net assets ○ $330 increase in spend on nutrition, 0% effect on alcohol and tobacco spend

● GiveDirectly continues to have a large funding gap ($120 million) for its standard cash transfer program in 2018 and can effectively use additional donations.

● In 2017, GiveDirectly began a universal basic income study in Uganda and plans to monitor the results in 2018.

● Government Permissions: in order to operate, GiveDirectly needs permission from government officials. It is possible that this may delay expansion into new areas in the future, though GiveDirectly feels that it has a good understanding of the process of obtaining government approval.

● Crime: incidents of large-scale crime could cause delays and reduce GiveDirectly’s ability to transfer funds to recipients. The risk of crime could increase as GiveDirectly becomes better known in the regions in which it works, although this has not been an issue in the past.

● GiveDirectly has taken steps in order to audit the transfer process in the aftermath of several incidents of fraud in the past several years.

● Inflation: a sudden injection of cash into an area may cause inflation which may reduce the spending power of non-recipients, although there is no significant evidence supporting this concern in existing studies. GiveDirectly is currently undertaking a new study to better understand the effects of their program on non-recipients.

The Life You Can Save information page on GiveDirectly